The LOONAVERSE lore have a lot of cultural references. 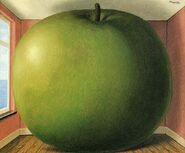 First featured in the background of dal segno, and later in reverse in a teaser for So What, The Bride of the Gorilla is a little-known American horror film from the 1950s. The main character became cursed, thus turning into a beast at night.

Clueless portrays teenagers love story. The main plot is about giving a makeover to an ugly duckling. The yellow plaid uniform worn by the main character became an iconic fashion over time.

Oh Wonder is a British-pop band, known for their unique indie-pop sound. The band's self titled debut album, Oh Wonder was released over the span of fifteen months starting in September 2014, with a new song being released every month digitally on Soundcloud. They have been hailed as the first musical act to ever attempt this feat, and could have easily influenced Jaiden Jeong with the concept of a new member each month, since he has stated that he began planning the LOONAVERSE in 2014, at the same time of Oh Wonder's debut album release.