Chuu and Yves & Chuu are the debut single album sets by Chuu of South Korean girl group LOONA. They were released on December 28, 2017 as the tenth part of the “Girl of the Month” project.

We all wonder who the last member is going to be. The start of the new unit took off with Yves, and now the tenth member of LOOΠΔ, Chuu, reveals herself to bring a new wind into the universe of LOOΠΔ.

The new single lets the fans take a peek into what JiWoo, who has already been a popular trainee among fans, had to go through to become ‘Chuu’, and her desire to be loved by Yves, who also has said in her lyrics, “my heart that wants to be like you gets colored, filled with you.”

When the four girls who denied the garden of Eden gather, the party begins.[1]

Each teaser has a special caption.[3] 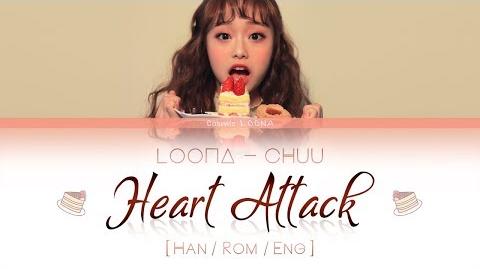 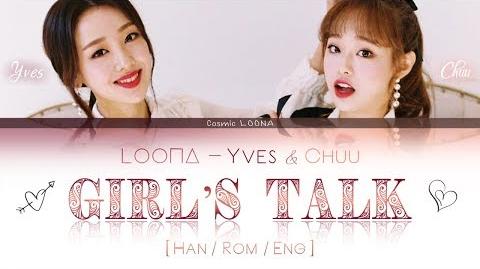 Retrieved from "https://loonatheworld.fandom.com/wiki/Chuu_(single)?oldid=37099"
Community content is available under CC-BY-SA unless otherwise noted.